At present, DAE substitute Landauer ‘InLight Automatic Reader’ in Harshaw TLD Reader to upgrade our personnel radiation monitoring system. It can be made automatic processing of 280 dosimeters per hour with results in 0 to 13 seconds at one time with multiple read. 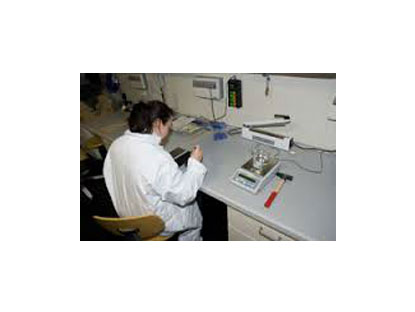 Personnel Radiation Monitoring service was introduced in 1991. It was established under IAEA assisted project. Training and appropriate equipments were provided by IAEA satisfactorily. In early 1997 a basic radiation protection course was conducted by MAEC (Myanmar Atomic Energy Committee) for hospital radiation workers in Mandalay. Then TLD service was spread to nation wide. MAEC was also requested for assistance by a foreign radiography firm working for oil and gas industry and was willingly provided. The Government of the Union of Myanmar enacted the Atomic Energy Law (The State Peace and Development Council Law No 8/98) on 8th June 1998. This Law encompasses all aspects of radiation and waste safety in Myanmar. Radiation Protection Regulations was finished technically and waiting for the approval. To upgrade the role of Radiation Protection aspects. “Radioactive Materials and Radiation Licensing Procedure Explanatory Century” was held on 7th May, 2003, led by the Prime Minister of the Ministry of Science and Technology. Consequently, the announcement for Personnel Radiation Monitoring Service has been established to the private sector related to ionizing radiation.